Doek On Fleek Lifestyle extended an invitation for Queens in and around Pretoria to gather and have their souls watered on Saturday, March 27th. Just over 200 women, without failure; stepped up to the invitation and showed off in their all white with a touch of orange outfits.

On Fleek Lifestyle extended an invitation for Queens in and around Pretoria to gather and have their souls watered on Saturday, March 27th. Just over 200 women, without failure; stepped up to the invitation and showed off in their all white with a touch of orange outfits.

Nomthandazo Thandi Mavata, founder of Doek On Fleek Lifestyle invited the ladies over for great daytime fun at Mzansi Resort, in Mabopane. The phenomenal mother of three is a firm believer of women fixing other women’s crowns and she has since 2016 rubbed her beautiful nature on to women she crosses paths with.

The philanthropist lives for women empowerment on all levels and that’s what the event was all about. There were women pop-up stores at the event, selling different products from hand crafts and apparel to intimacy accessories and yoni herbs. The queens were also offered an opportunity to become distributors of Doek On Fleek Yoni Herbs. In the opening keynote, the gender activist made emphasis on buying from the pop-up stores. “When buying from them, you are not just supporting them but you are helping feed families” Mavata highlighted.

Movement attendees during a dance challenge

The ladies danced the day away, had chats about the little things that the buzz of the world tends to put at the back of their minds and participated in quizzes and different activities.

When one excels, a price makes the achievement worthwhile. There were prizes given away to lucky ladies. Though Mavata felt each one deserved a price, it had to be played fair. After all, each attendee walked away with light to what was dark in them and colour on parts of their existence that were grey.

Doek On Fleek Lifestyle, Iketle Day Spa and Toyota Hatfield were amongst those who sponsored the prizes. A prestigious gift was given to 66-year-old Elizabeth Mabena for being the eldest person to be part of the Pretoria movement. Greta Gadebe, Matshidiso Mahapa and Kesentseng Thulare are amongst those who also walked away with prizes.

“In the hectic world we live in, it is easy to forget oneself. It is through such events that one gets reminded to pull herself back into herself” Gadebe said. “The Doek On Fleek Lifestyle movement has vibes to reckon with, beautiful women to learn a thing or two from” added first time attendee Yolander Lechaba of Letlhabile in Brits. hate is a stereotype of the past.

Attendees sealing off the day fun

The next Pretoria gathering is scheduled for May 7 at Bundu Inn, Pretoria North. With detailed observations of lockdown alert level 1, tickets are unfortunately limited.

The movement is evidence that female on female 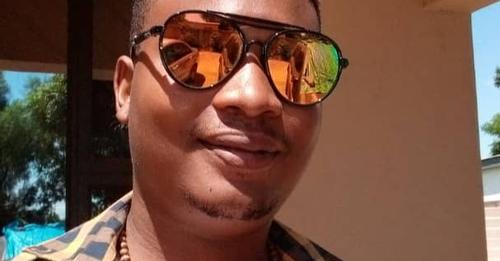